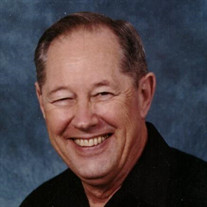 Jack B. “Bob” McKinney, age 87, of Kennesaw, GA, died peacefully at home on July 2, 2018. He spent most of his adult life in the Atlanta area, attending Boys’ High School and the Atlanta Division of the University of Georgia (now Georgia State University.) Called an “icon” for his long career and contributions to the automated vehicle cleaning systems industry, he was well known to the rental car, transit authority and governmental fleet operators. Previous to that he was employed for 12 years by the Pure Oil Co. (merged with Union 76). Before moving to Cobb County in 1985, he had lived for 31 years in DeKalb County. Jack loved to travel. In addition to his frequent business trips, he and his wife Margaret traveled extensively domestically and internationally. He was an avid genealogist and had been a Director of the Cobb County Genealogical Society. He was an active member and Director of the Atlanta Freethought Society. After retirement he became an ardent writer of Letters to the Editor and "Vents," having dozens published in the local newspapers. His major concern was the separation of religion and state. A native of Greenville, SC, he moved to Atlanta in 1943. His parents were the late William A. and Lois Maude Bowie McKinney. His two brothers, William A., Jr. and Albert T., preceded him in death, as did his sister, Virginia Berry Tibbetts. He was preceded in death by his wife of 58 years, Margaret Wilson McKinney, and daughters Marilyn Anne McKinney and Mary Colleen McKinney. He is survived by sons Michael of Rome, GA, William of Newnan, GA and Joseph of Canton, GA, and by his daughter Carolyn McKinney Afshar of Vero Beach, FL and Washington, DC. Other survivors include six grandchildren, four great grandchildren and three nephews. In lieu of flowers, donations to two of Jack's favorite organizations, the Atlanta Freethought Society or the Mouth and Foot Painting Artists (MFPA), will be appreciated. Visitation will be at Roy Davis Funeral Home, 5935 Mulberry Street, Austell, GA from 5 to 8 PM on Friday, July 6. A funeral service will be held at the Atlanta Freethought Hall, 4775 North Church Lane, SE, Smyrna, GA (off Atlanta Road, 2 blocks South of I-285) at 1 PM on Saturday, July 7. Burial will be at Westview Cemetery, 1680 Westview Drive, SW, Atlanta, GA at 3 PM on Saturday, July 7.

The family of Jack "Bob" McKinney created this Life Tributes page to make it easy to share your memories.

Send flowers to the McKinney family.