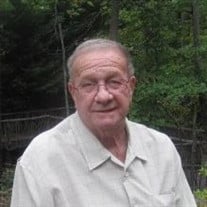 Wendell Robert LaFosse, 72, of Austell, passed away on Friday, March 15, 2019 at Wellstar Cobb Hospital following a brief illness. Mr. LaFosse was born November 13, 1946 in Cameron, Louisiana, son of the late Robert F. LaFosse and Leona Peshoff LaFosse. He was a welder for many years and worked for 17 years as a Manager for BFI in Atlanta, Ga. In addition to his parents, Wendell was preceded in death by a brother Ronnie Dale LaFosse and by a brother-in-law, C.J. Kiffe. Survivors include his wife, Linda LaFosse; a son, Jerry LaFosse and his wife Pamela; a daughter, Belinda Bailey and her significant other, Tony; a sister, Barbara Kiffe, a brother Marshall LaFosse, and his wife, Clarice; three grandchildren, Ray Terrell Reed and his wife Amberly, Kylie Savannah LaFosse, and MaKayla Michelle Bailey; and several nieces and nephews. The family will gather at Roy Davis Funeral Home on Monday, March 18, 2019 to receive friends from 5 to 8 p.m. A celebration of life service for Wendell Robert LaFosse will be announced at a later date. In lieu of flowers the family respectfully requests that donations be made to the Caring Hands Fund at Presbyterian Village (2000 East-West Connector, Austell, GA 30186) in memory of Mr. LaFosse. Arrangements are by Roy Davis Funeral Home, Austell, GA.

The family of Wendell Robert LaFosse created this Life Tributes page to make it easy to share your memories.

Wendell Robert LaFosse, 72, of Austell, passed away on Friday,...

Send flowers to the LaFosse family.