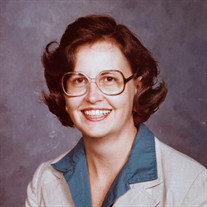 After a short illness, Maurine Pittman died peacefully on Sunday, June 6, 2021 at Tranquility at Wellstar Cobb Hospital in Austell, Georgia, with niece Paige Pittman and brother Jack Pittman, Jr., by her side. Born February 14, 1939 to Austell business owner Maurice Eugene “Big Jack” Pittman, Sr., and beloved local teacher Martha Elizabeth McKenney Pittman, Maurine taught in the Fulton County School District for 30 years, positively impacting multitudes of young minds and helping hundreds of teachers find innovative ways to reach students. She was preceded in death by her mother and Presbyterian Village roommate Martha Pittman and her father Jack Pittman, Sr. She is survived by her siblings, Madge Hand (Bob), and Maurice Eugene “Jack” Pittman, Jr. (Vicki), and her nieces Leanne Cook (Joe) and Paige Pittman (Mindy Evans) and her step-grandniece, Ramsey Cook, as well as many cousins. Maurine graduated from South Cobb High School in 1957 and the University of Georgia in 1961. Within a few short years she had also graduated from Columbia University in New York City with a teaching certificate and began teaching in Fulton County. An early resident of Inman Park along with a few other hearty souls, Maurine was fascinated by history and renovations and became an avid genealogist and much-lauded restoration expert for old structures, including a brick Georgian home in Inman Park by well-known Atlanta architect, W.F. Denny; The Inman Park United Methodist Church for which she served as Church Historian for several decades; and the Miss Kate Westmoreland home in Austell, Georgia. She also worked tirelessly for the Georgia Trust for Historic Preservation and the Cobb County Historical Society and was a member of the Seven Springs Historical Society in Powder Springs, Georgia. For more than two decades Maurine and well-known Atlanta Journal Constitution columnist Celestine Sibley were friends, and Ms. Sibley often wrote about Maurine’s preservation adventures in her popular column. In 1993 Maurine was recognized by the Historical Society of Cobb County for excellence in historic preservation. In addition to teaching, Maurine was also an Inman Park real estate agent in the 1980’s and 90’s, and served as a wedding planner for the Inman Park United Methodist Church from the mid 1980’s to the early 2000’s. Maurine is also the author of an article in the 2001 Georgia Historical Quarterly about Horace King, an African American bridgebuilder based in the Southeast, and has transcribed the journals of Charles James Oliver, an early minister for the Methodist Church. An avid traveler, Maurine and her friends and family enjoyed trips to Scotland (where her McEachern family ties entitled her to life membership in the Clan Donald society), England, Mexico, Peru, Australia, Alaska, Arizona, New York City, Chincoteague Island in Virginia, and Saint George and Dog Islands in Florida. A memorial service will be held later this summer, and Maurine will be buried at Macland Cemetery at 3936 Macland Road next to her parents and surrounded by her McEachern and McElreath relatives. Arrangements by Roy Davis Funeral Home, 770-948-2552. In lieu of flowers, donations requested to Macland Cemetery via Macland United Methodist Church, 4075 Macland Road, Powder Springs, GA 30127

After a short illness, Maurine Pittman died peacefully on Sunday, June 6, 2021 at Tranquility at Wellstar Cobb Hospital in Austell, Georgia, with niece Paige Pittman and brother Jack Pittman, Jr., by her side. Born February 14, 1939 to Austell... View Obituary & Service Information

The family of Maurine Pittman created this Life Tributes page to make it easy to share your memories.

After a short illness, Maurine Pittman died peacefully on Sunday,...

Send flowers to the Pittman family.