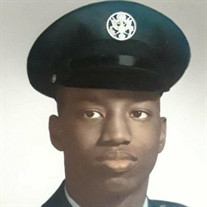 Mr. Jake B. Bagby, Jr. died unexpectedly but peacefully in Marietta, GA on Wednesday, September 2, 2020 in Marietta, GA at the age of 78 years. Jake was born on July 2, 1942 in St. Louis, Missouri to Jake B. Bagby, Sr. and Ada Manuel Bagby. He attended Northeastern University and took courses in Information Systems. He served in the United States Airforce as Corporal for 8 years. He married Anne 'Pumpkin' Bagby in 2004. After moving to Marietta, GA Jake began working for Piedmont Hospital as a Computer Programmer. He lived there over 40 years. He retired in 2011. Jake was well traveled. He lived many places including, Texas, Alaska, Boston, New Bedford, Mississippi, Alabama and Paris, France. He loved to play blackjack, poker and 'loved him some shrimp'. Jake is survived by his daughters, Daniele V. Bagby and Victoria L. Bagby, both of Worcester, Massachusetts as well as 4 grandchildren and 2 great-grandchildren. He is preceded in death by brothers Brisco Bagby of Colorado Springs, Colorado, and William Harvey Bagby of St. Louis, Missouri, and younger sisters AdaLois Bagby Pleasant of Huntsville, Alabama, and Mammie Durham of St. Louis, Missouri. A memorial service is scheduled for 6 pm, Wednesday, September 9, 2020 at Roy Davis Funeral Home with a reception to follow. Pastor Broderick Santiago of Mosaic Church will officiate the ceremony. All are welcome to attend and celebrate Jake B. Bagby, Jr's life. Flowers and condolences may be sent to Roy Davis Funeral Home 5935 Mulberry Street, Austell, GA 30168.

The family of Jake B. Bagby Jr. created this Life Tributes page to make it easy to share your memories.

Send flowers to the Bagby family.